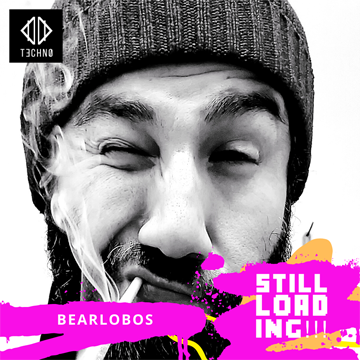 Roberto Villalobos was born in SW Detroit in late seventies and spent his early years accessing art by virtue of his environment, learning graffiti from mentors like Fel 3000 Ft and immersing himself in the music and dance of not only his Mexican roots but also the newly emerging hip hop culture. As he developed, his studies led him to Wayne State University and eventually Columbia College Chicago, an independent college specializing in art and media disciplines, where he cultivated an expertise in graphic design.

In 2001, Roberto was hand-picked to join the Rocawear clothing design team in New York City, where he had the fortuitous opportunity to merge his love for the unique culture of his inner city upbringing with the skills he honed training in art and design. His career over the next 15+ years included design work for Aeropostale, Puma, Gap kids, and most recently a feature for the Artist Series at Brooklyn Industries, all the while maintaining the passion for the street art and illustration he cultivated as a young man in Southwest.

He always kept close ties with his hometown, and when the opportunity arose to return in 2017 he relocated and has begun making his mark in Detroit again. From developing gallery shows with his vast network of fellow artists and musicians, to creating & selling his illustrations, participating in local street/art fairs, and not to mention his prolific photography of the surrounding urban landscape, Roberto is diving back in to his hometown happenings with the singular passion of a prodigal son who is ready to put his worldly experience to work.

Opt into our email newsletters for updates on Still Loading!